The Frightening Reality of the “Incel” Movement. 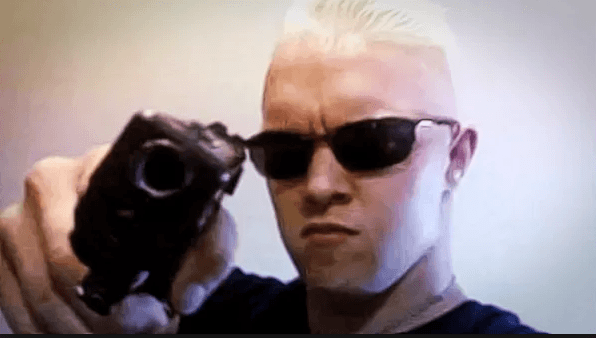 In recent weeks, the disturbing existence of the “incel” movement has come to light. And, we should all be alarmed! It is misogyny ratcheted to a violent extreme.

Standing for “involuntarily celibate,” the term was originally invented 20 years ago by a woman known only as Alana, who coined the term as a name for an online support forum for singles, basically a lonely hearts club. “It feels like being the scientist who figured out nuclear fission and then discovers it’s being used as a weapon for war,” she says, describing the feeling of watching it mutate into a Reddit muster point for violent misogyny.

Before allegedly killing 10 people with a van in Toronto on April 23, Alek Minassian appeared to have posted a message on Facebook that linked him to a toxic online community of misogynists that has become the source of a growing pattern of violence.

The Facebook post, which authorities who spoke with NBC News believe came from Minassian, links Minassian to an online community of incels.

Self-described incels congregate mostly online, meeting in forums and message boards like Reddit and 4chan, and its offshoot site 8chan, to discuss their hopelessness with women in posts that are peppered with racist and misogynistic rants. “Chads” are incel-speak for good-looking men, who incels believe can’t be one of them. “Stacys” are the women who find “Chads” attractive.

The Facebook message also refers admiringly to Elliot Rodger, who killed six people in Isla Vista, California, in 2014, and left behind a manifesto and videos detailing his sexual frustration as the motivation for his violence.

Rodger has since emerged as a source of inspiration among the incel community.

This is frightening! A single act of violence can encourage others in this community to commit similar acts of violence agains women.

Some self-identified incels have developed an elaborate sociopolitical explanation for their sexual failures, one that centers on the idea that women are shallow, vicious, and only attracted to hyper-muscular men. They see this as a profound injustice against men like them, who suffer an inherent genetic disadvantage through no fault of their own. A small radical fringe believes that violence, especially against women, is an appropriate response — that an “Incel Rebellion” or “Beta [Male] Uprising” will eventually overturn the sexual status quo.

From Vox: “Beyond their shared frustration with not having sex, the incel community is not monolithic. Many of them are simply sad and lonely men, suffering from extreme social anxiety or deep depression. Some of these moderate incels actively police the extremists in their midst; in a sympathetic 2015 profile, the Washington Post’s Caitlin Dewey reported that some incel forums were set up to automatically delete any posts referencing the California shooter.

But many incels have a much more sinister, and specific, worldview — one that the Southern Poverty Law Center sees as part of a dangerous trend toward male radicalization online. These incels post obsessively about so-called “Chads,” meaning sexually successful and attractive men, and “Stacys,” attractive, promiscuous women who sleep with the Chads. Both are positioned as unattainable: The Chad is the masculine ideal, one incel men cannot emulate for reasons of poor genetics, while the Stacy is whom every incel man wants to sleep with but cannot because they aren’t a Chad.

It’s this embrace of helplessness, of their certainty of their own sexual doom, that makes the more extreme incel communities so dangerous. Instead of trying to support each other and work through their issues as a group, the incels in certain communities allow their resentments to curdle. They see the world through the lens of entitlement: They are owed sex but cannot have it because women are shallow. This manifests in a deep and profound hatred for women as a group, which shows up on a very brief scan of some of the more extreme incel communities.

Does this mean we should just throw up our hands and say that the radicalization of some young men toward violent misogyny is inevitable? Of course not. Social outreach programs, focusing on countering the sense of isolation that draws young men to these communities in the first place, might be a better idea than standing up a potential counter-incel task force at the FBI. (No such group is currently known to exist.)

But regardless of what the right solution is, we need to be clear-eyed about the type of challenge we’re facing. The internet makes it easier than ever for sad and angry people to find each other and develop communities with weird and dangerous ideologies. What we’re seeing right now is one of society’s oldest hatreds, misogyny, being reworked in real time to fit a specific group of men’s rage and pain.”