Why Do Women Compete With One Another? 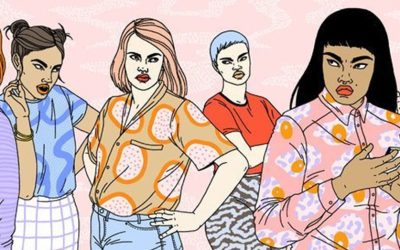 It’s starts before you’re a teen. It may be as an outsider silently competing with the popular girls or it could even be you competing with your best friend. Does it go back to a primal need to compete for the best of the opposite sex? But haven’t we evolved beyond that?

Emily V. Gordon, writing in the New York Times Sunday Review on November 1, 2015 states that “Women compete, compare, undermine and undercut one another — at least that is the prevailing notion of how we interact.”

She posits that, “We aren’t competing with other women, ultimately, but with ourselves — with how we think of ourselves. For many of us, we look at other women and see, instead, a version of ourselves that is better, prettier, smarter, something more. We don’t see the other woman at all.

It’s a fun-house mirror that reflects an inaccurate version of who we are, but we turn on her anyway, because it’s easier. But we don’t need to lower the stock of other women, either for the future of the species or for our own psyches. When we each focus on being the dominant force in our own universe, rather than invading other universes, we all win.”